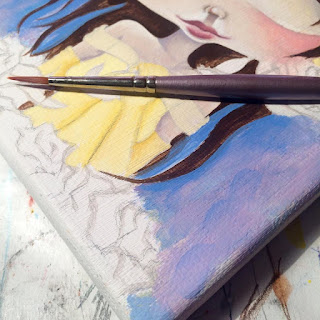 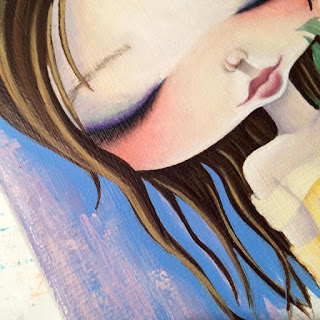 been working on a small (5x7-smaller than my usual size anyway) of the beautiful and sassy Belle from Beauty and the Beast. she's always been my favorite most likely because she is the one princess with whom i identify the most....her love of books, her sweet and sassy ways and her really kind heart. oh, and she's a brunette, of course. ;)

hoping to wrap this painting up by the end of the week..and to get around to seeing the movie which came out this past weekend. heard GREAT things about it...
Posted by nicole at 4:49 PM No comments:

a princess and some backgrounds... 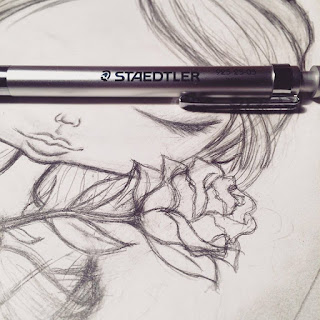 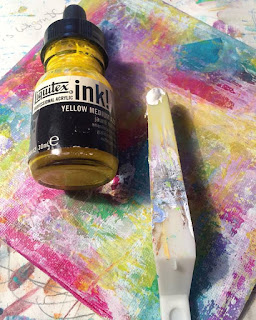 that's what i've been working on for the last couple of weeks hence my negligent blogging. also have been trying a new muscle relaxer from hell called baclofen for the awful spasticity in my neck from three cervical spine surgeries. i always try to keep that pain under my hat i suppose because i feel like exposing it makes me weak (something the perfectionist in me does not exactly appreciate). in all reality though, i'd be lying if i said it didn't slow me down and make my painting/creating sessions last not quite as long as i'd like. who am i kidding? if i could paint 24/7, oh believe me, i would.
but the last couple of weeks, trying this awful drug out, a mess. weaning off it slowly and experiencing some pretty bad withdrawal from nausea to dizziness. however, using it makes the spasms in my neck much worse (as if i thought that could be possible...).

ok, enough about that. if i dwell on it, it makes me sad and angry and those are two emotions i don't like to entertain any longer than needed.

smile and endure. that's my ancient chinese secret....;)
Posted by nicole at 4:55 PM No comments:

nicole
Creating whimsical, fine floral works of art is what makes me happiest. I have a grand passion for adorning girls rooms of all ages with my magical gardens. From baby girls to sweet sixteens and beyond. And, floral nurseries well, they hold an extra special place in my heart. Baby girls falling sleep in their cribs under a large, dreamy floral of mine gives me the sweetest joy. Abstract blooms and beautiful blossoms a plenty. And COLOR...lots and lots of COLOR. Painting an “enchanting” floral that starts it life above a crib and slowly migrates to above a daybed and maybe even to a stylish dormitory wall...that’s my own personal brand of magic. Gardens and gardens of imaginary flowers...here's hoping they bring you as much joy as I find in creating them. 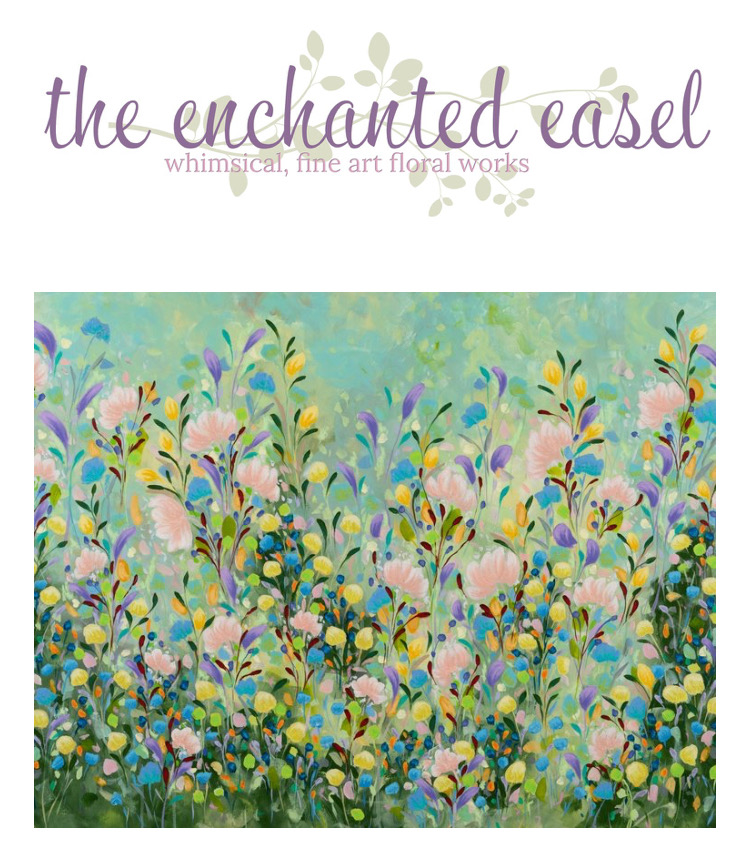 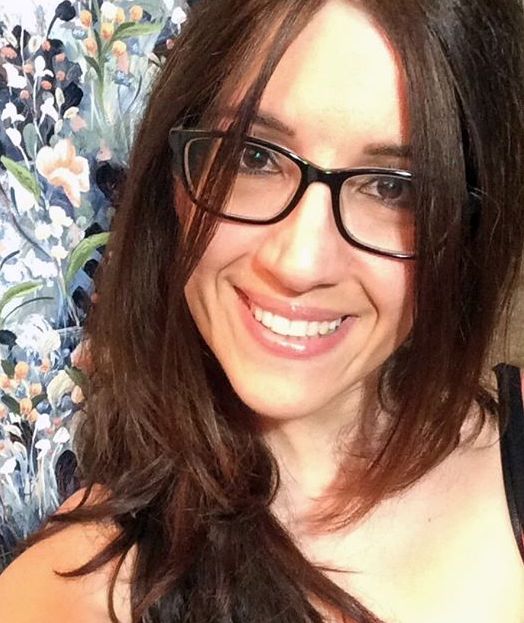 some of my favorite sites....